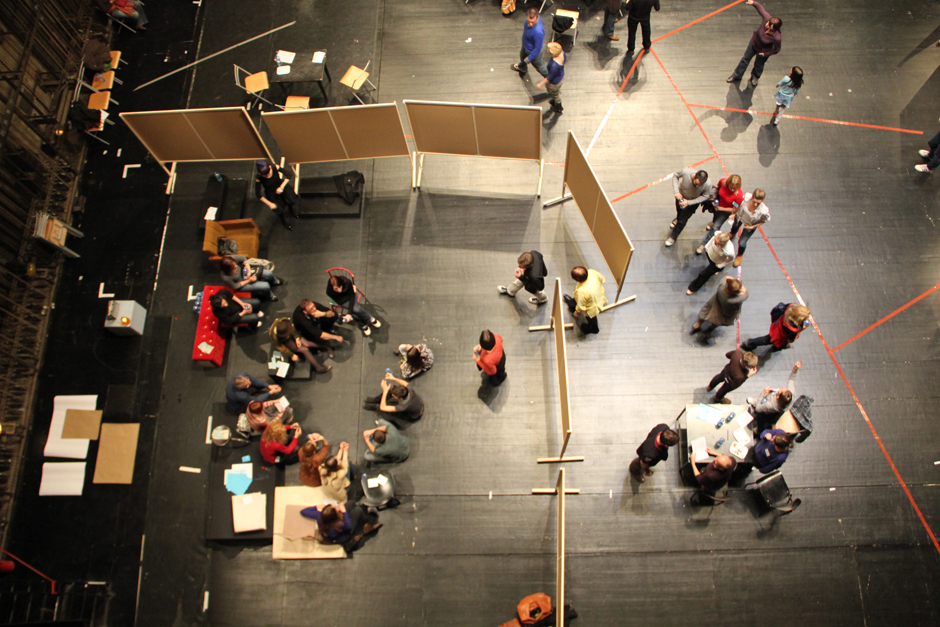 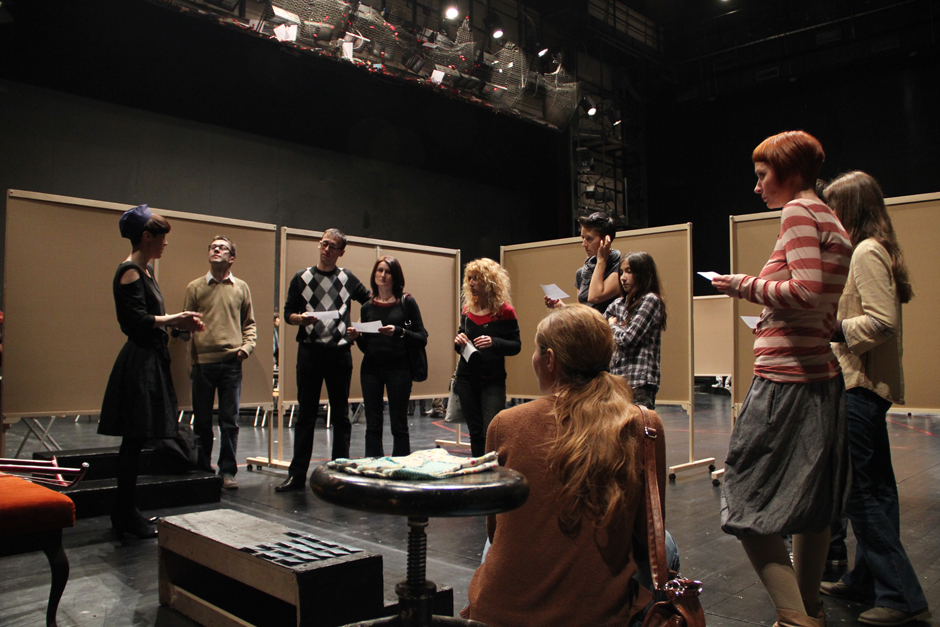 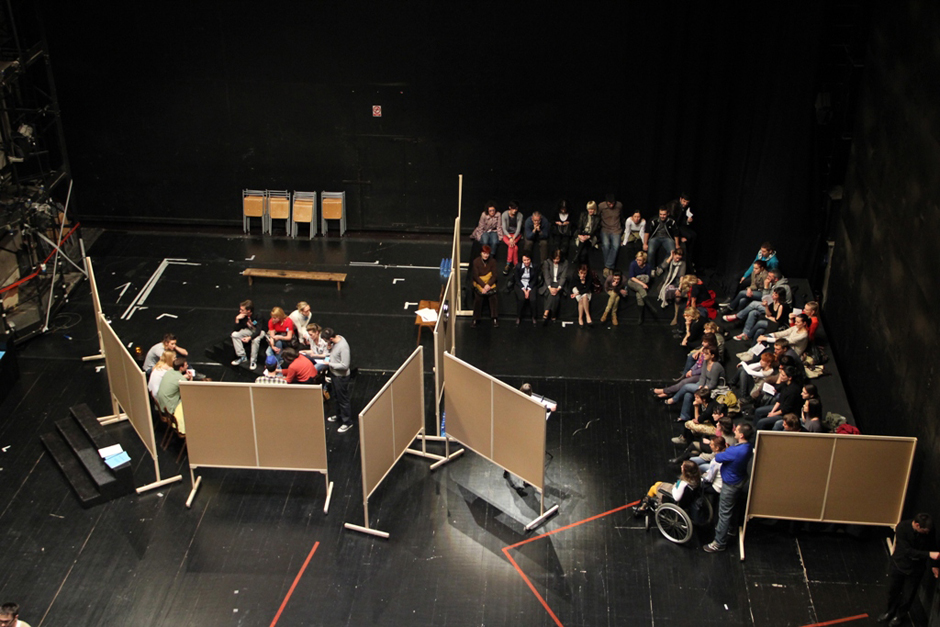 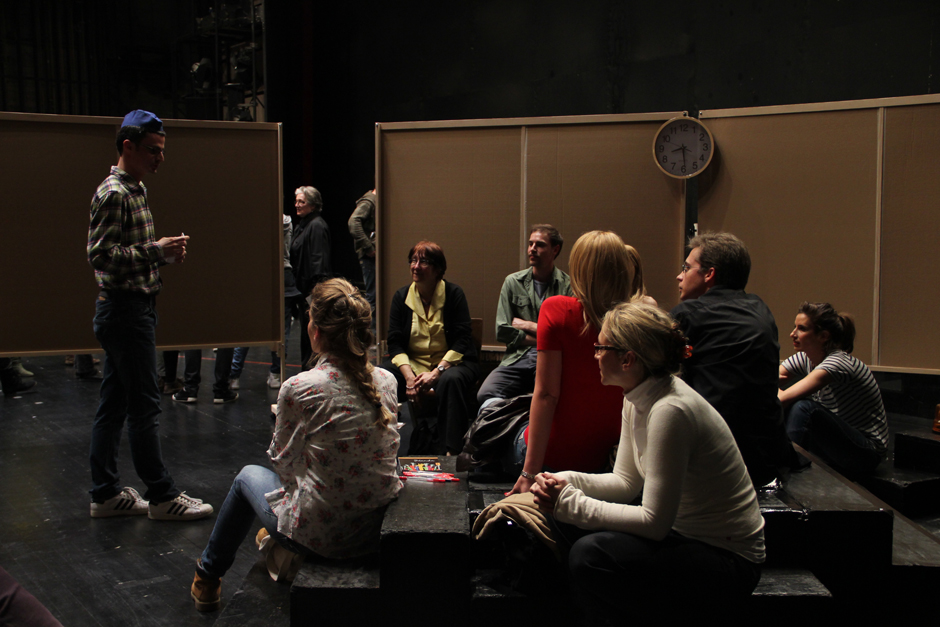 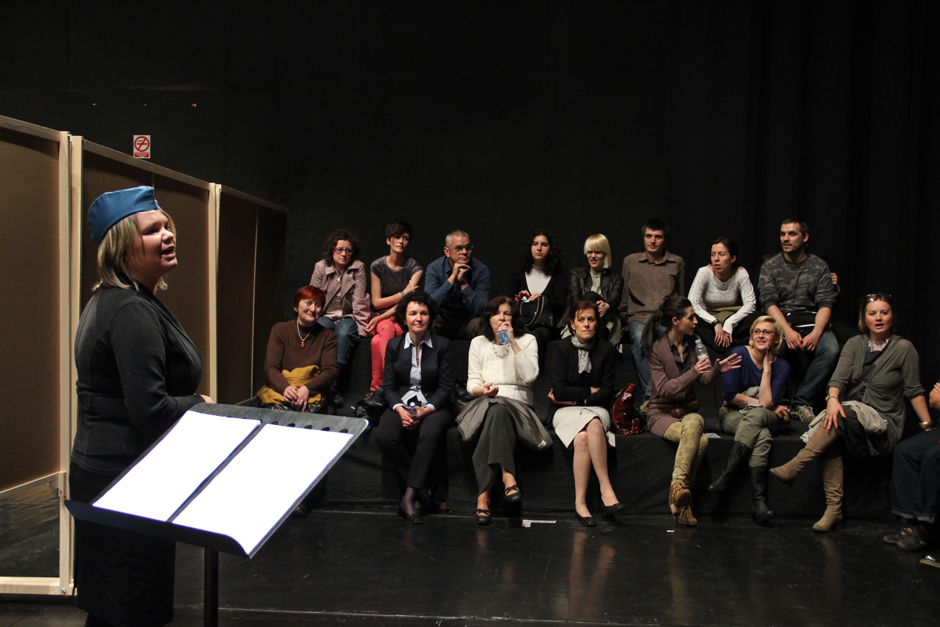 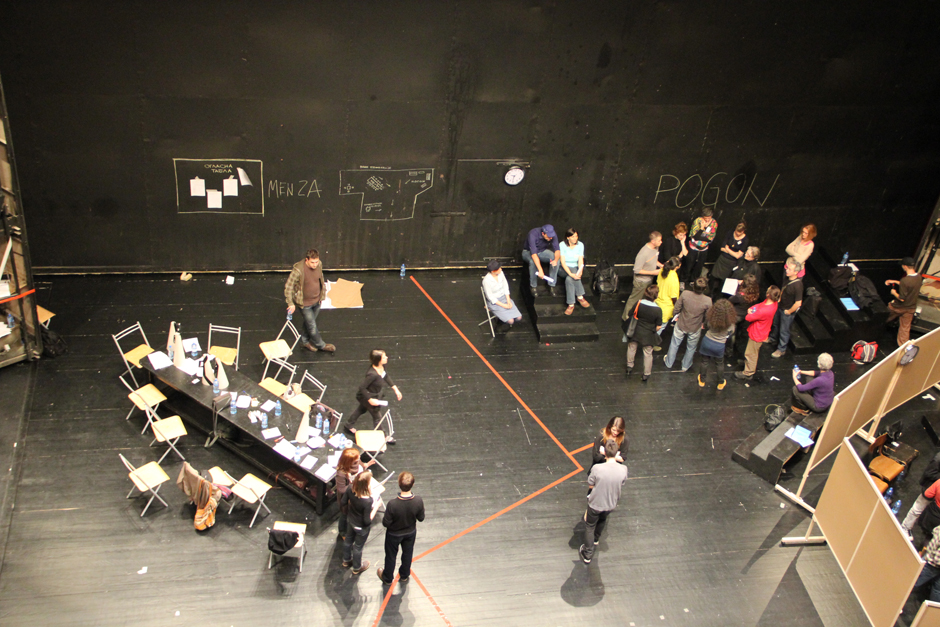 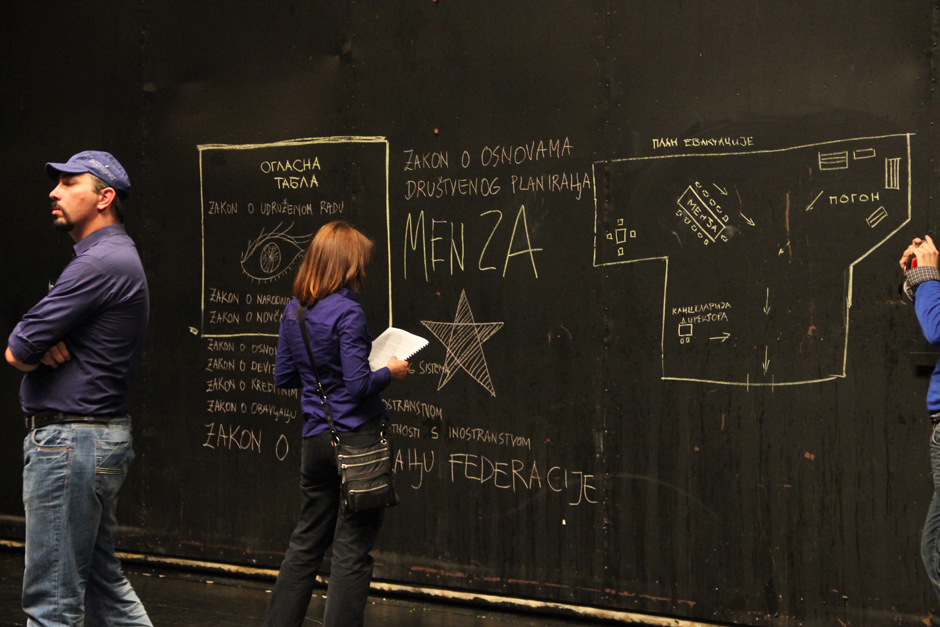 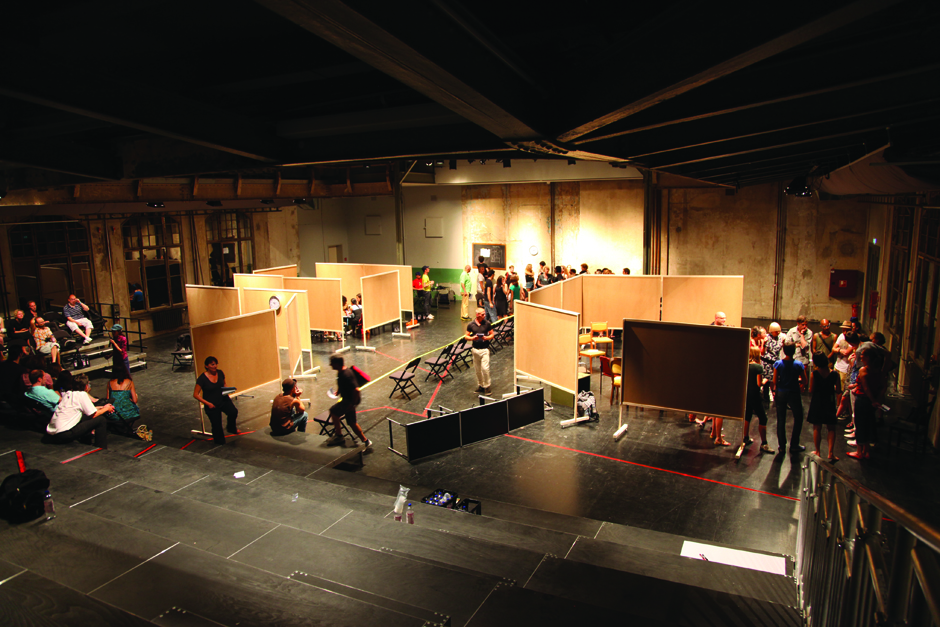 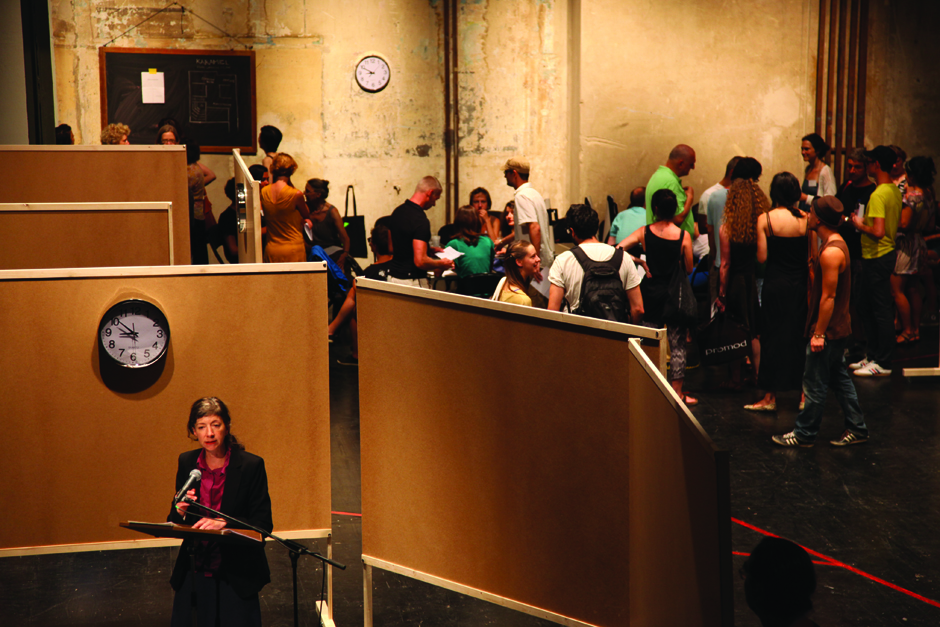 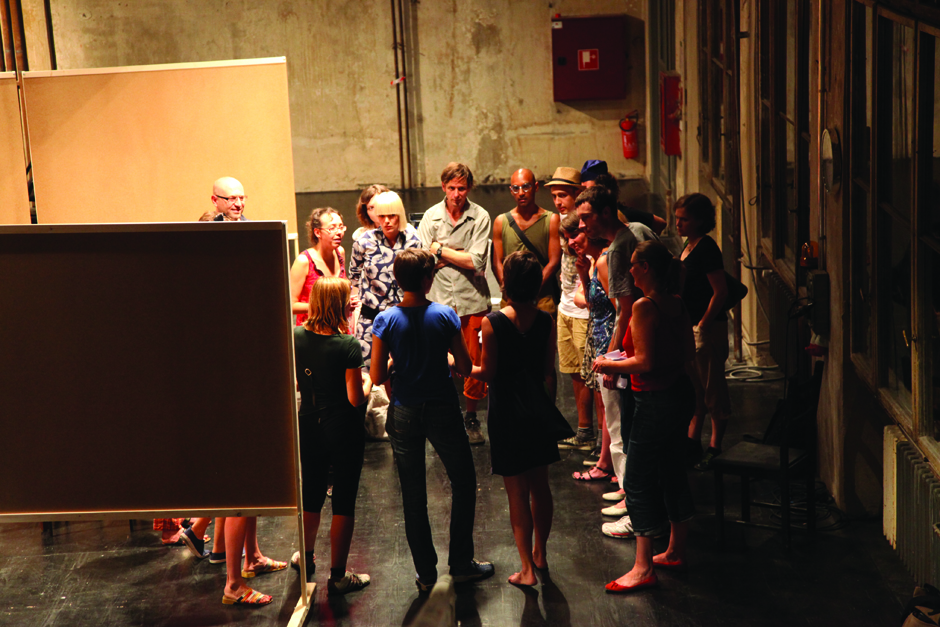 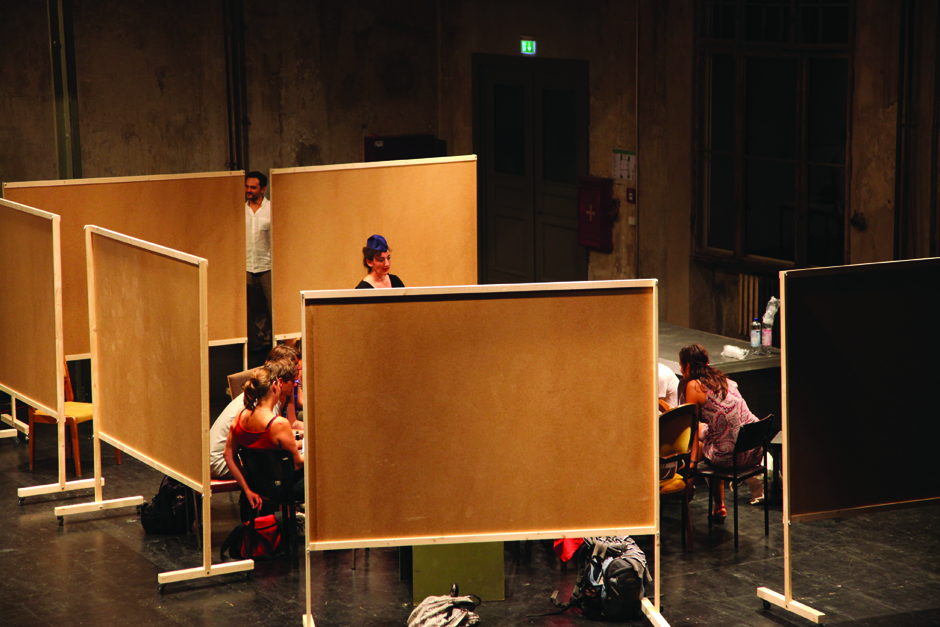 On Trial Together created by Ana Vujanović and Saša Asentić is an art project composed of theoretical-artistic research and performance. The research is focused on different historical and current forms of social, cultural and artistic performances that “spectacularize” the collective and mass body, as well as on contemporary dance as an artistic discipline that emancipates and grants visibility to the liberated individual body. The project is contextually-based and the authors observe these body images in the framework of social systems that characterized the 20th century as well as their own life experience: eastern socialism and western neoliberal capitalism.

Performance On Trial Together is a hybrid public event between theatre play, choreography, social game, and happening. It takes place in a theatre venue, thereby reaffirming the role of theatre in the symbolization of the social. However, the stage is reappropriated and transformed into a place in public space where citizens discuss issues important to their society and speculate about its future through fictional constructions. The authors base this performance on principles of social, live action and role-playing games, open for all audience members to take part in. This concept invites the audience to create fictional situations out of the initial plots: Up and Down, Then Up and Again Down of the Workers’ Self-Management, The Others and Collective Intelligence Test. The performance ends with an open forum for discussion about experiences related to participation in this performance and stories created within. Those stories and social choreography are temporary, changeable, and they largely depend on us. Thus, On Trial Together becomes a theatrical story we tell ourselves about ourselves, and a choreographic spectacle we create for no one’s eyes. Each performance is a unique event (episode) that starts off with the situation created in the previous event in the chain, thus constructing an open series with unpredictable results.